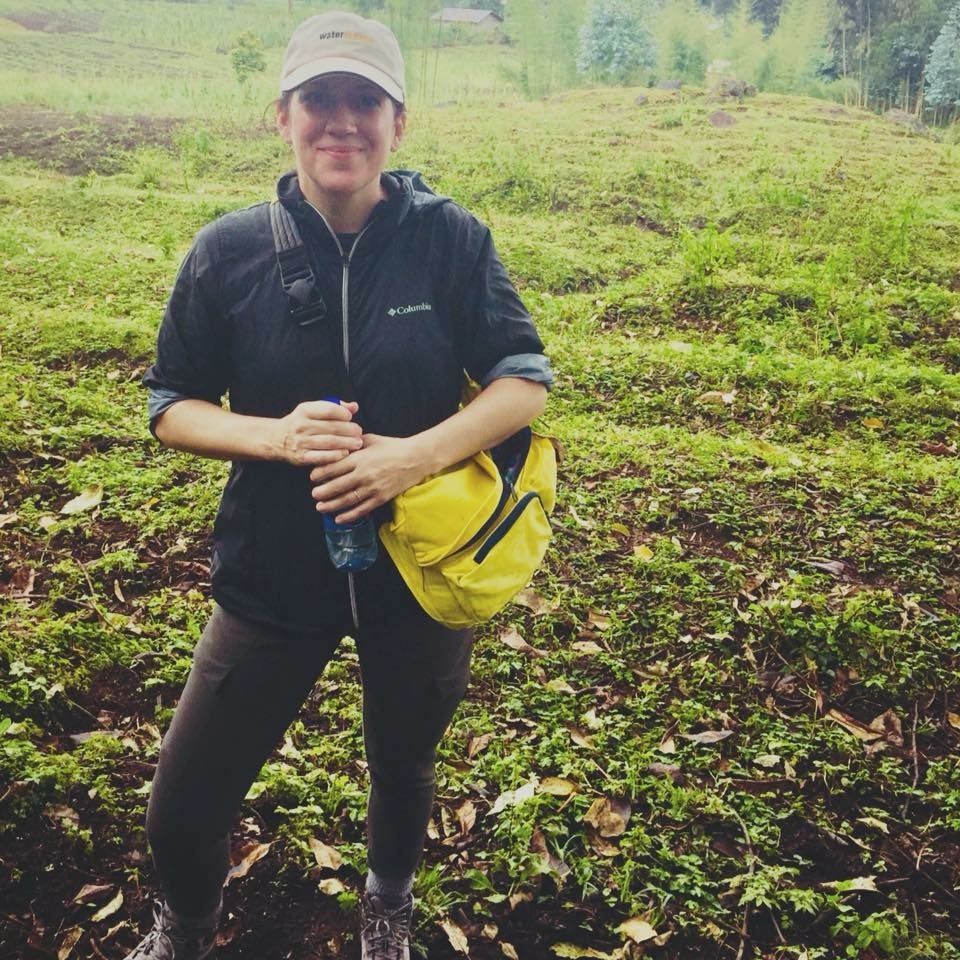 Since April of 2017, Carrie Ward has served as executive director at Water is Basic, a nonprofit dedicated to bringing clean water to South Sudan. In July of 2015, Carrie had the opportunity to travel to East Africa with Water is Basic; spending time in Yei, South Sudan, and Goma, Congo. Having raised funds for clean water for several years prior to the trip, she now “gets it” having seen first-hand the impact of clean water and local solutions for communities. From her days as a board member to her current role as executive director, Carrie is honored to use her gifts to work with this team to empower the people of South Sudan with clean water.

How did Water is Basic start?

WIB President and Co-founder, Steve Roese, was the executive pastor of a church in Texas, that partnered with ALARM (African Leaders and Reconciliation Ministries) in East Africa. In 2006, Steve met with a group of religious and community leaders to discuss how to bring about reconciliation in areas of East Africa that had experienced great conflict. They talked about everything from education and infrastructure to training local leaders such as lawyers and doctors. A little old man in the back raised his hand and said, “None of this is going to work because my people in Sudan are dying without access to clean water.” Steve took that back to his church, and they began raising funds to buy equipment and train a local team in Southern Sudan to drill wells. This was before South Sudan was even a nation. The first well was drilled in 2008. Since then, over 500 wells have been drilled and another 350 have been restored.

Water is Basic became a 501(c)(3) in 2012, co-founded by Steve and his South Sudanese partner, Bishop Elias Taban. Born the day the first war broke out in 1955, Bishop Taban—once a boy soldier who became a Colonel in the Sudan People’s Liberation Army—is now a man of peace, a pastor and a noted humanitarian advocate who is a recipient of the Clinton Global Citizen Award.

It all started with drilling wells. Now, we are working at a rapid pace to restore wells for people who are returning home. In peace or war, water leads to so much more. Where there is clean water, communities develop, schools form, women are empowered to start a business rather than spend their days walking for water.

After five years of civil war, a peace agreement has finally been signed by all warring parties. We genuinely believe that clean, safe water is essential to long-lasting peace. It’s on the minds of our local crew every day. No one knows better than they do what a father or mother will do to secure a drink of water for their child. It’s why we haven’t stopped a single day since our first well in 2008.

Yes, water is basic, but water leads to so much more. Where there is water, there is life!

What has been the organization’s greatest obstacle?

The war. Definitely. South Sudan became a nation in 2011, and civil war broke out in 2013. This has made it difficult for our local team to always move quickly when and where needed. We have lost well-trained staff members who have had to flee to Uganda for security purposes. One such employee was our reporter who traveled with our well technicians to collect stories and capture footage of each project. But our well technicians rose to the occasion. During this time, they not only drilled and restored the wells, but they gathered the information from the communities and took photos for reports. They also trained the local communities in how to manage each well. Most of these guys have been part of the team since day one. They get what it means to go without clean water. They know the importance of gathering information to communicate with our donors, and they know the wells are only sustainable if managed by a local committee. They do remarkable work.

How do you use Network for Good’s fundraising software?

We’ve been with Network for Good since May of 2017. We’re in the fundraising software every day. There are three of us communicating for three different reasons, so it’s incredibly helpful to click on the notes and inbound emails to see all prior communications. We create filters to segment all of our communications according to the giving habits of our donors. Monthly, we send a New Donor email drip with 4 short emails, welcoming them, thanking them, sharing reports, and encouraging them to dive deeper as a recurring donor. It’s also been most helpful to soft credit those that give through a foundation, Facebook Fundraiser, or other platform so that we can keep up with their giving outside of Network For Good and follow-up accordingly. And of course, we use the fundraising pages for all of our campaigns including peer-to-peer and, most recently, we have utilized the Event pages.

What was the inspiration behind the Quench campaign?

On July 28, 2018 we celebrated a decade of clean water. We added “10 years celebrating clean water” to our letterhead. Instead of a traditional 10th anniversary, we launched the Quench campaign to raise funds for new equipment for well-construction and maintenance. We scheduled it through the end of July and set a lofty goal of $130,000. While we didn’t hit our goal within the designated time frame, we were encouraged by the response, so we decided to keep the campaign open through the end of 2018. We’re using our events and some matching gifts to complete the campaign, and we expect to meet our goal well before the end of the year.

What do you see for the future of Water is Basic?

When we started the Quench campaign, we were hopeful. People were returning to South Sudan, but peace was not fully realized. We had seen peace happening at the grassroots level, especially in Yei where our WIB headquarters is located, and it was spreading to other areas. The fact that it’s now happening at the top levels—papers are being signed, the word is getting out, people are coming home—is very exciting. For regular, everyday civilians, hope is beginning to rise. We are confident that this peace is real and lasting and have a greater sense of urgency than ever knowing that water is the number one need as people return home. We have our work cut out for us, but with our dedicated local team and our loyal donor base, we are ready to continue on our mission to get clean, safe water within reasonable access of every person in South Sudan.