Note from the editor: Because our subscribers don’t always have the opportunity to read every post we have published on this blog (over 2,650!), we’ll be sharing some top posts to give you plenty of fundraising and marketing ideas to implement over the next few months.

In this post about monthly giving, guest blogger Sandy Rees tells you how she created her first monthly giving program, lessons learned, and tips you can put into action right now.

I didn’t know much about monthly giving until she called in late December that year.

I remember counting out the envelopes, and writing the month on each one. I thought that would help us both keep up with what she had given.

It was a simple beginning.

Looking back at it, I have to laugh. I had no idea what I was doing. I simply had a request from a donor, and was trying to honor it. Little did I know it would turn out to be a great thing for my organization.

I sort of knew how monthly giving worked, and I decided that if I was going to do this, I was going to do it as well as I could. I wondered if there were people already making monthly gifts to us, and I just hadn’t noticed it yet. I pulled a report from my trusty software, and I was thrilled to find six regular givers! How had I never seen that?

I pulled together a letter and sent it to those six, telling them that we were officially starting a monthly giving program, and inviting them to join, especially since they were already doing it. I heard back from all six—a resounding YES!

That Spring, I attended the AFP Conference and heard Harvey McKinnon speak about monthly giving. It turned on so many light bulbs in my head, that I’m surprised I wasn’t blinded from the light! I picked up his book Hidden Gold and read it before my plane landed back home.

I did a little research to see what other nonprofits in my area were doing with monthly giving, and I got a few more ideas for my program. I named it Hunger’s Hope and created a brochure to give to prospects to help them understand what their monthly gift would do, and to help them see how little it took to feed a hungry person. I was lucky – just $0.81 would cover a day’s worth of food, and $24.30 covered a month. So, I asked for $24.30 to feed one person for a month, $48.60 for two people, and $72.90 for three.

Next, I started to market the program. I put a piece in my next print newsletter about the program, and made it look like an article and a coupon that people would cut out, fill in, and mail to us. (Email wasn’t commonly used back then or I would have made that an option, too). I pulled a list of donors who had given three or more times in the previous 12 months, and sent them a special letter, telling them about Hunger’s Hope and inviting them to join.

My finance guy laughed at me when I first started the program. He thought it was a crazy idea and a waste of time. But when the monthly gifts started to add up, I had the last laugh.

In about 18 months, I had signed up 110 people in Hunger’s Hope, with people giving anywhere from $10 to $100 a month. Even though I offered them specific amounts, I also gave them the option to choose the amount they wanted to give, which turned out to be a smart move because many gave more than I asked. The total annual value of the program was over $50,000, which was a revenue stream that made a difference for us.

Here’s what I learned from that experience of going from zero to $50K:

Start somewhere. It doesn’t have to be perfect to get started. The most important thing is to start. You can always tweak and improve later.

Work on it consistently. I never stopped looking for donors for my monthly giving program. I was always on the lookout for a way to let folks know how they could join and why it mattered.

The reason is important. Be clear about why people should make a monthly gift. Few people want to give monthly just to support your nonprofit. But many people will give to help you make a difference. When I shared that their $24.30 would help feed a person for a month, it was tangible and understandable, and it resonated with my donors. And they signed up.

Be ready to manage the back end. I realized quickly that I had to keep up with the details of who had joined, how much they pledged monthly, and who hadn’t given recently. I got into the habit of checking at the beginning of each month to see who hadn’t given in the past two months, and calling those folks. I had some of the most amazing conversations with those donors. They’d tell me how they’d lost their job and needed to stop giving for a while, but as soon as they were able, they’d start again. Or they’d tell me about a family member with an illness. I’d thank them for their past support, show true concern for their circumstances, and offer any help I could. Most of them came around and re-joined later in the year.

Offer multiple ways to give. One of the things I learned from Harvey is that people who put a monthly gift on their credit card give longer and more consistently than folks who pay by check. And those who give by electronic bank draft are best, because they don’t usually stop or change the gift unless they change banks, which is uncommon. At that point, we had the ability to take credit cards, but I had no idea how to do automatic bank drafts. I called our bank and told them what I was trying to do, and they agreed to set it up for me with no fees as part of their support of our work. It was nice to offer a payment choice to donors so they could pay by check, credit card, or automatic bank draft.

Since then, I’ve helped start numerous monthly giving programs. They’re a great way to create a predictable revenue stream for the nonprofit and make giving easy for the donor.

And I won’t ever forget those humble beginnings.

Do you need software to help you set up and run your monthly giving program? Talk to us!

Sandy shows passionate nonprofit leaders how to fully fund their big vision, so they can spend their time changing lives instead of worrying about money. She has helped dozens of small nonprofits go from “nickel-and-dime fundraising” to adding 6 or 7 figures to their bottom line. As a trainer, she shows her students how to find ideal donors, connect with them through authentic messaging, and build relationships that stand the test of time, so that fundraising becomes easy and predictable. Sandy is based in Loudon, TN. Find out more about her fundraising system at www.GetFullyFunded.com. 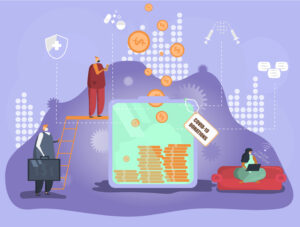 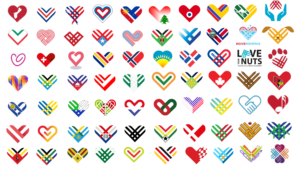 How to Get Others Involved in Your GivingTuesday Efforts

Do Nonprofits Really Need to Focus on Donor Acquisition?