Why reinvent the fundraising wheel when you can borrow ideas from your nonprofit peers? Join us for a virtual conversation with Jeanna Finamore, Executive Director of MentorPrize. MentorPrize is a coalition of like-minded individuals and institutions committed to fostering mentoring relationships that are rewarding for the mentee, the mentor and our communities. During this webinar, we’ll discuss all things nonprofit-related, the MentorPrize story, what an Executive Director’s day looks like, and more!

Jeanna comes to MentorPrize after having spent more than 15 years leading teams in the media industry, most recently at Discovery Communications. During her time at Discovery, she guided, developed and empowered a team of Sr. Content Financial Analysts that reported Discovery’s US networks content value, which totaled over $725M in 2015. She received an array of awards for her team leadership, staff development and project management skills. Before her time with Discovery, Jeanna stage managed Pardon the Interruption for ESPN. Jeanna fully understands and appreciates the importance of a mentor/mentee relationship as she credits much of her success to the mentors she has had in her life. She is excited to be in a role where she can pay it forward and is especially honored to serve her native metropolitan D.C. community. Jeanna is currently a mentor for a young female through the Community Bridges program. She holds a BA in communications from the University of Maryland. 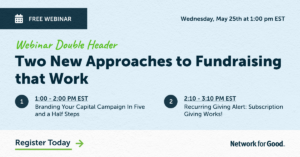 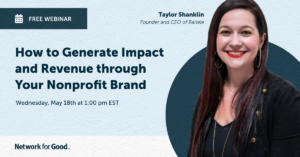 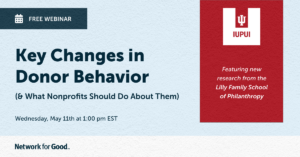 Key Changes in Donor Behavior (& What Nonprofits Should Do About Them)