Whenever the calendar turns to a new year, nonprofits and their fundraisers breathe a collective but short-lived sigh of relief, having closed another calendar or fiscal year. In most cases, that year culminated with a December fundraising sprint that ostensibly began on #GivingTuesday. Then, after having just enough time away from the office to recuperate, reinvigorated fundraisers look to an often daunting next twelve months to reset and recommit to do things better than they did last year.

At the same time, consultants, professional associations, vendors, and software companies offer up a timely stream of content to help nonprofits retain donors. While their content brings value to a fundraiser, our data suggests it may not be helping them (or the sector)—and we all may be approaching donor retention in the wrong way.

As a sector, we have generally relied on the same strategies and tactics to retain donors, and we’re falling short. Beginning with a timely acknowledgement letter, followed by a newsletter or two, maybe an annual report, or an invitation to a donor recognition event…we seem to have limited our approach to a hope that repeating the same old activities is the formula for repeat donations. Obviously, our gestures are noticed, important, and even appreciated, but they’re no longer sufficient—nor do they drive meaningful donor retention. Why?

Our donor-audience has changed, but our fundraising approach has not.

Companies like Netflix, Amazon, and Apple have changed consumer behavior to expect instant, curated, and relevant content that can be accessed anywhere at any time. For nonprofit fundraisers, especially small nonprofits, those are tough expectations to match. Subscription companies retain around 70 percent of their consumers each year while nonprofits retain only about 45 percent of their donors. That 25 percent gap is a big deal. With $300B (75 percent of the ~$400B non-government funding given to nonprofits each year) coming from individual donors every year, that means that nonprofits are missing $75 billion that could be recurring instead of one-time gifts.

The holy grail of maximizing recurring giving isn’t new. Every nonprofit would like to increase its sustainable revenue and wake up in January, knowing they aren’t again starting from scratch. The problem is that, generally, nonprofits are taking the wrong approach. Not only have we failed to keep up with consumer behavior, but we haven’t fully-leveraged technology, nor challenged our assumptions on what drives donors to give…and keep giving.

Preceding the digital revolution, as recently as twenty years ago, the legacy model of recurring giving was a relatively low-return proposition, hampered by the costs of direct mail and unreliable repeat-pay-by-check. The juice was not worth the squeeze. Direct mail was an expensive way of engaging small dollar donors and getting them to write a new check each year proved difficult.

The combination of high costs and low return made recurring giving relatively unattractive. Those barriers are long gone.

Consumers have shifted to subscriptions for almost every product-turned-service we consume: music, movies, books, even cars, clothes, and home-cooked meals. What prevents consumers from canceling those subscriptions? Simple. We receive continual value from these subscriptions, and it exceeds the monthly cost. On Netflix, HBO, Hulu, or Amazon Prime just one show (i.e. Game of Thrones) can easily justify the monthly subscription. The age-old challenge for nonprofits is that the payor (donor) does not consume the service and that service (or output) is difficult to measure. So, nonprofits trying to survive in the subscription world of 2019 are at a distinct disadvantage…or are they?

Nonprofits have two distinct advantages to counter balance our challenges.

One is what some call the “helpers high”. As consumers/members of society, when we do good we feel good. It literally triggers endorphins in our brains. This phenomenon even holds true for giving…if the nonprofit does its job. And does its job well.

Second is that big consumer-facing companies desperately envy the “feel good” stories of their nonprofit counterparts. In fact, almost every corporate advertisement these days co-opts a nonprofit’s do-good story to its perceived benefit. Think professional football players wearing hot pink cleats. The typical nonprofit has an untapped arsenal of compelling heart-felt stories almost every week illustrating how they are making the world a better place.

To retain donors, we need to embrace and invest in technology that transcends legacy donor management software. We need to create the types of digital relationships that consumers, who are also our donors, now expect from any organization that wants their sustained commitment or subscription. We need to take a page out of the Netflix’s playbook.

Our donors are consumers. Our missions are like subscriptions. Our relationships are in jeopardy. It’s time to act—and think like consumers, not just fundraisers. 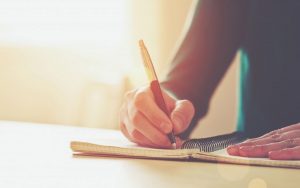 How to Write a Fundraising Letter That Wins Back Lapsed Donors 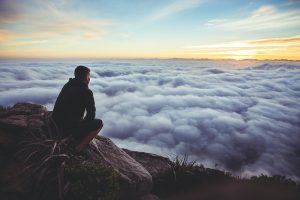 The Difference Between a Mission and Vision for Nonprofits 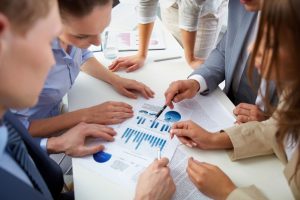 How to Write a Nonprofit Annual Report 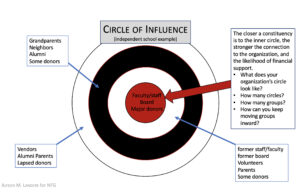 How to Engage Your Board Members as Fundraisers