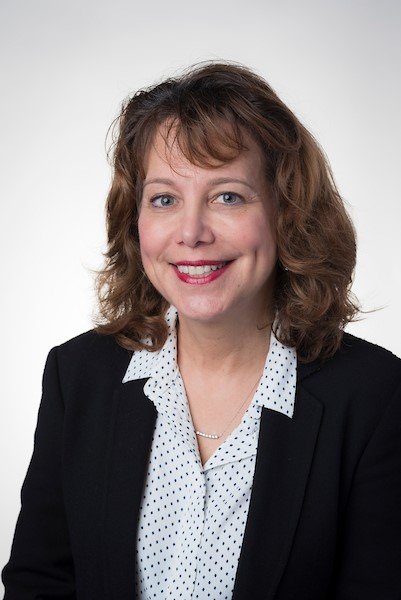 Emily Roisman, Chief Legal Officer and Board Chair for PRoTECHOS, a Puerto Rico-based nonprofit established in 2017 after Hurricane Maria devastated the island, is dedicated to providing roof reconstruction and related vocational training to residents of underserved communities throughout Puerto Rico.

My husband and I came to Puerto Rico on vacation and fell in love with the island. The more time we spent here, the more we never wanted to leave, and we decided to make it our home. We found warm and welcoming people who included us in family events, essentially “adopting” us, beautiful surroundings, and perfect weather, in a location that is a part of the United States, although many people in the US do not know this. When Hurricane Maria hit, we had only been living here for a few years, but it had already become our island, and our home. This was personal.

Out of frustration with the continued lack of power and the failure of the US to respond to the crisis, I wanted to help to bring solar power to the island. Through a friend, I was directed to Jonathan Marvel, an architect in Puerto Rico and Brooklyn, New York, who started Resilient Power Puerto Rico, which is installing solar panels on 100 community centers spread throughout Puerto Rico’s 78 municipalities.  Jonathan told me that RPPR was finding that the damage to roofs was making it difficult to install solar panels, and he had been considering starting a separate nonprofit to build resilient roofs and teach people the skills needed to do exactly that. He already had an idea for the name—“PRoTECHOS”—but he had not set up the nonprofit corporation, nor did he have the time to do so. I offered to take the ball and run with it, and I haven’t stopped running ever since.

What does PRoTECHOS do in the community?

PRoTeCHOS pays for the materials needed to repair and strengthen roofs in disadvantaged communities and provides training to those in the community who would like to learn basic carpentry. I believe we may be the only nonprofit in Puerto Rico that pays trainees in a “learn and earn” program. Most people in these communities cannot afford to take time off from working to go to school—they still have to eat and feed their families. Hurricane Maria damaged more than the homes and power lines here—it damaged the psyches and self-confidence of many people who were already living on the edge. I can’t think of a better way to build a person’s self-image than giving him or her education and valuable skills so they can find employment. Teach a man to fish, as the saying goes.

We decided to start with two “proof-of-concept” roofs, which were built by students from the University of Puerto Rico School of Architecture under the direction of Professor Francisco Gutierrez, who is also a skilled builder with his own construction company. We paid for the materials and reimbursed Francisco’s construction company  for the hourly wages paid to the students while they learned how to build. And it worked.

A local pastor helped us find the homeowners who were most in need. We wanted someone from the community assessing who needed what. He told us who was elderly, who was infirm, who had children. From an initial list of 10 roofs, we’ve completed six. In the process, one man we trained became our project manager.

What do you hope to achieve with PRoTECHOS?

I don’t want to just put a band-aid on something. I want it to last. I want the training portion of our program to be  turnkey,  so that training is easily replicable and trainees can easily become trainers.

We’re currently looking into how PRoTECHOS might be able to assist the Puerto Rico Department of Education with a new construction vocational training program offered to seniors at several Puerto Rico high schools. The students who graduate from that program will need hands-on experience, and we could offer that experience building and reinforcing roofs in a pre-apprenticeship program. The goal would be to help them find an apprenticeship with a local construction company following the completion of our training program. Right now the demand for construction workers on the island far exceeds the supply. People here need jobs and roofs. PRoTECHOS can help to solve both of those problems by training people to build roofs—while actually re-building them.

What attracts you to working in the nonprofit sector?

I see a problem and I want to solve it. That’s also what I love about my job as a lawyer. The problems here in Puerto Rico will not be fixed without the help of nonprofits. I’m not going to save the world, but I want to fix the problems that I can see. One of the tenets of Judaism is “tikkun olam,” which means “repair the world.” I love that idea.

I enjoy in sharing my enthusiasm with other people who understand our mission. Fundraising is proof that they get it. When you receive a donation, you know you were able to communicate the importance of your mission to someone else, who grasped it so thoroughly that it moved them to action. That’s a good feeling.