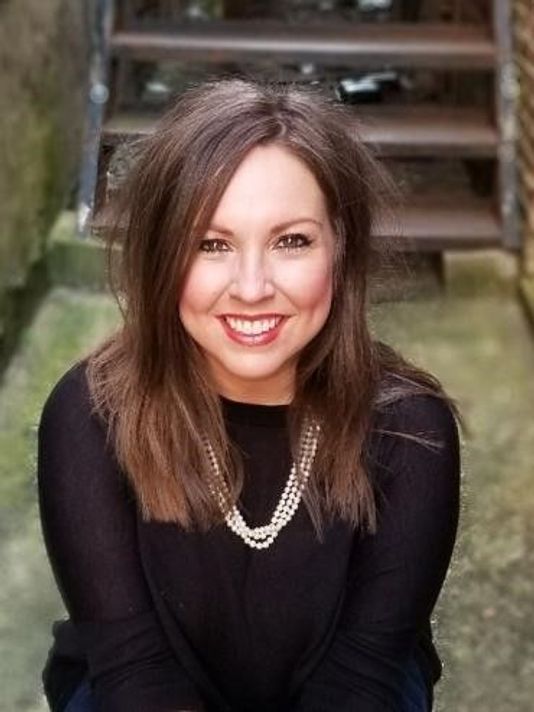 Last March, Martha Allen became the new executive director of Extra Table, and in Martha’s own words, “time flies when you’re having fun.”

Launched in 2009 by well-known Hattiesburg restaurateur Robert St. John, Extra Table makes a difference in the lives of Mississippians by fundraising to stock food pantries and soup kitchens across the state with wholesome, nutritious food; serving 39 food pantries and soup kitchens across 29 counties in Mississippi. In 2017, Extra Table shipped over 130 tons of food to pantries in need.

In 2009, St. John received a call from the Edwards Street Fellowship Center—a food pantry that was helping feed 800 families a month—in Hattiesburg, Mississippi. They had completely exhausted their food inventory and desperately needed help to make sure that they could supply their clients who would be showing up in a few days.

A 30-year veteran of the restaurant industry, St. John figured the fastest, easiest way to get food to the pantry would be to call his food distributor, Sysco, place an order, and have the truck drop-ship the order at the agency’s doorstep the next day.

Afterward, he wondered if other agencies throughout Mississippi, who were responsible for feeding those in need, were having similar problems. Skeptical that there was a hunger problem, he dug into the issue only to discover that he was living in the state that had the most food insecurity in the nation.

On his tour of other food pantries and agencies, St. John learned that hunger and obesity almost always go hand in hand. If one doesn’t have enough money to purchase proper food at a grocery store, he or she will go to the nearest convenience store and eat junk. As a result, a primary element of Extra Table’s mission is to provide food that is healthy and conducive to pre-existing conditions and diets. The organization not only feeds people but makes a difference in the long-term impact that food has on a person, and in turn, their community, state, and resources.

In a small nonprofit, the executive director does everything. As Allen says with a laugh, “You’re the person who gets to lead the organization by day and scrub the floors by night.” By managing a team of interns from the University of Southern Mississippi as well as an active board who volunteer, she juggles an intricate system of schedules, communication, and delegation.

“It’s not just about delegation; it’s about recognizing people’s talents and abilities. Much of what I’ve learned over the past 15 years is how to inspire and motivate volunteers in a way to gain their trust so that you are the person or organization they call when they have volunteer time. You must be smart about how you plug volunteers into supporting roles. You can’t ask the accountant to always do financial related things; that is their day in and day out job. How can you tap their talents and keep them fired up and feeling needed?”

For example, Allen has found that you can ask the preacher to write a press release because, while writing sermons is their wheel house, press releases are a slight challenge. The hair stylist can recruit volunteers because they see many people on a daily basis. It’s about figuring out how everyone’s talents align with the jobs you need to get done. That insight evolves in a leader over time.

Like many of the nonprofit leaders Network for Good works with, Allen didn’t set out to be an executive director. An art student with a degree in art history and interior design from the University of Alabama and a Masters in Architecture from Mississippi State University, Allen worked at Sotheby’s in New York and designed casinos with a Memphis-based firm. When she moved back to Mississippi, she knew she didn’t want to design schools and libraries, so she looked for another career quickly finding herself knee deep in the non-profit world.

Born and raised in the Mississippi Delta, Allen credits her ability to succeed in the nonprofit world to those southern hospitality roots. “Fundraisers are one quarter dinner party!” she says. Nonprofit work is all about developing relationships, sustaining those relationships, and sharing your message in an attractive way.

Allen’s passion and desire to take care of others continues to drive her.

“I think it drives a lot of women. You have to love something intensely and intimately to do this type of selfless work that requires long hours and depends on lots of delegation and balance. Everyone spends so much time at work, but nonprofit work is different. It’s all consuming. There are so many things you do to prepare before you even get to the office and in the evening after you come home. But I go to bed at night knowing I made a difference in the lives of people that can’t break the cycle of their current circumstances, and they just need help. They need a meal. Food is a basic human right. No one should be hungry. Many days their world is so dark and bleak, but the food that we provide gives them hope. It shows them that someone noticed them and that they’re important. I like being able to make that kind of imprint. In the nonprofit world you spend your time going the extra mile. Because that’s what makes a difference.”

“I don’t mind a bit asking people for money when it’s making a difference! There are people with hearts of gold who don’t know what to do with their money. And there are people that make an extra $500 or $5 a month and they would love to be a part of something bigger than themselves.”

For Allen, it’s all about being able to tell people about Extra Table and the impact they have. When she sees those same people with tears in their eyes say, “I want to be a part of this,” she knows she’d never leave something that makes that kind of impact. Extra Table launched their first year-end fundraising this year and surpassed their goal. They’ve been named Charity of the Year by multiple organizations. Still, Allen knows fundraising in the nonprofit world is hard work. There’s no product to sell like in the for-profit world. If funding goes away or the economy takes a downturn it makes things even harder.

That may be why Allen says her greatest accomplishment some days is to just keep going, to constantly be inspired by the world around her and stay open to people

“Everyone around you is important and has something to teach you. If you work hard, great things are going to happen. If I continue to work hard and keep learning and put one foot in front of the other and keep a good team around me, then positive things and great accomplishments are going to keep coming Extra Table’s way. It’s my mantra.” 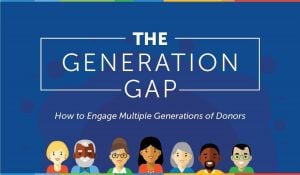 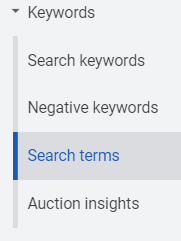